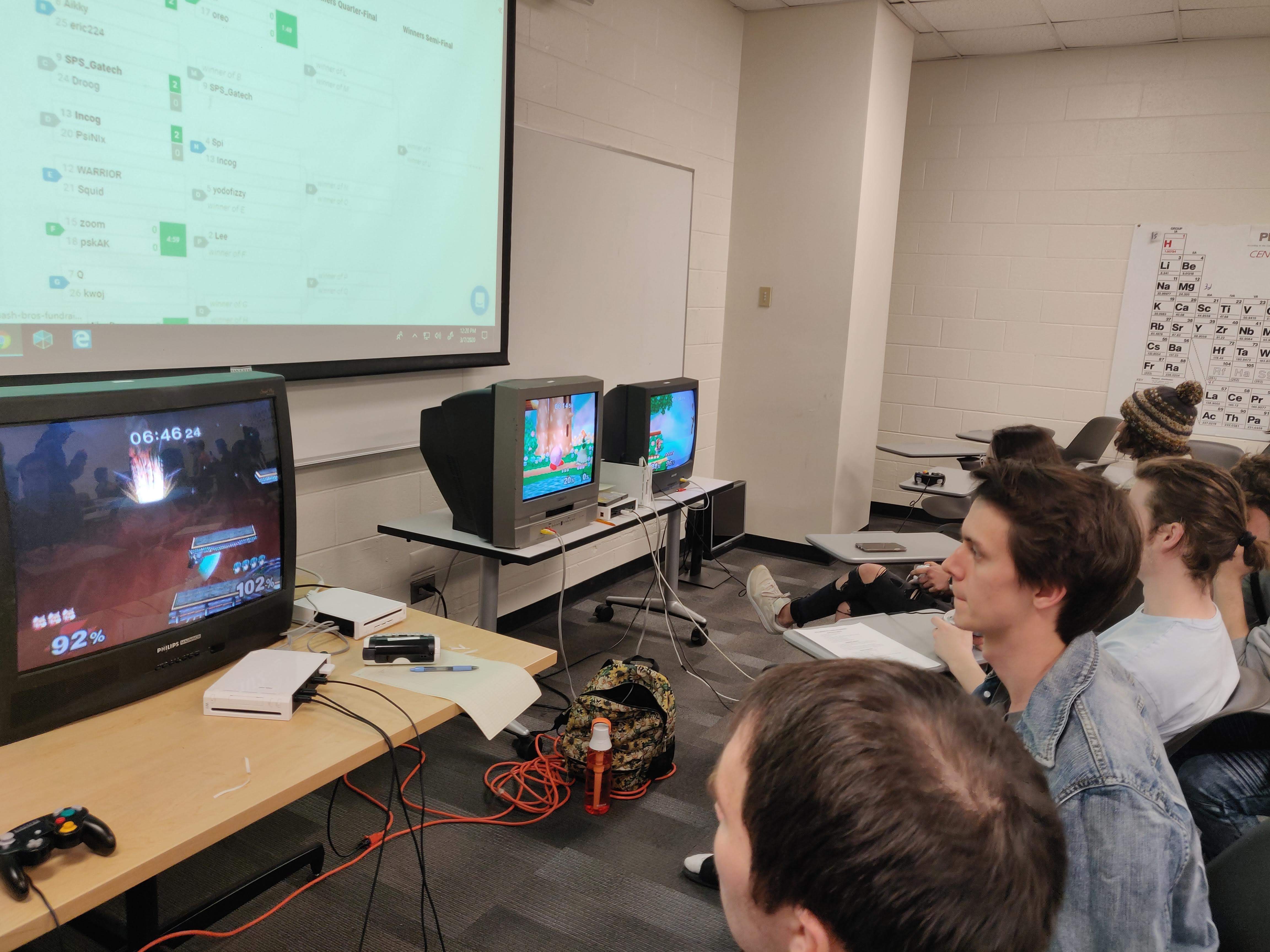 Another year, another Smash Tournament! We hosted a Super Smash Bros. tournament to raise money for the club and all our wonderful activities! Martino, John Lewis, and rest of the Smash Tournament Committee worked hard for two months to advertise it and put it on. We had a TON of people show up to compete. We were even able to live stream the final battles with an announcer to boot!

To see the results, visit https://smash.gg/tournament/smash-in-class-sps-super-smash-bros-fundraiser/events