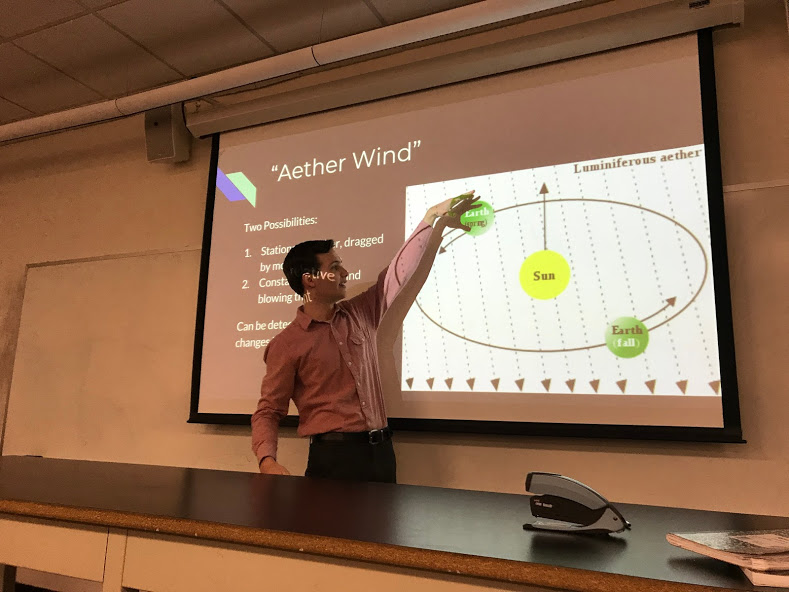 For our last meeting of the semester we tried something new! Members to signed up to give a technical talk on some already disproven theory in physics – but they had to present it as if it was true. It made for some quite hilarious presentations. Andrew Shumway presented on the Aether wind, Alex Buser on Phlogistron Theory, CJ Llorente on Flat Earth, Austin Gilbert on The Time Cube, Sam Wiley on The Moon Conspiracy (because the moon is totally fake), and Martino Stino presented on Geocentrism.