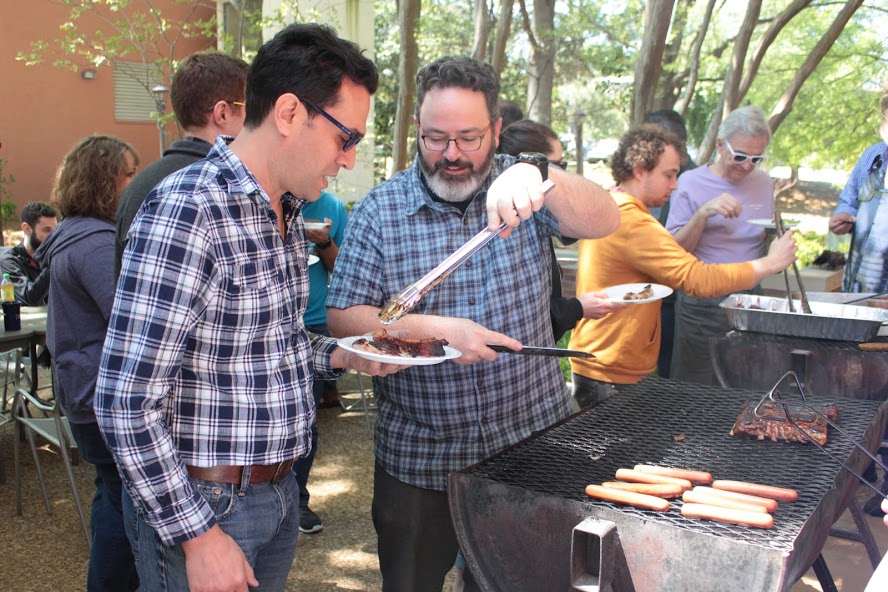 This year, the annual SPS cookout was a great success! The planning committee decided to add some extra excitement buy putting on a BBQ competition between some of the people in the department; apparently they had been boasting about their great skill. Well the SPS saw that they were tested – without a curve, no less. Professors Edwin Greco, Michael Chapman, and Nepomuk Otte competed and…..professor Michael Chapman won! The SPS presented the first place winner with a plaque, but one of the judges – professor Morigal handed out his own prizes; first place received a white onion, second place received a yellow onion, and third place a shallot! We hope this competition becomes a permanent part of the annual cookout!