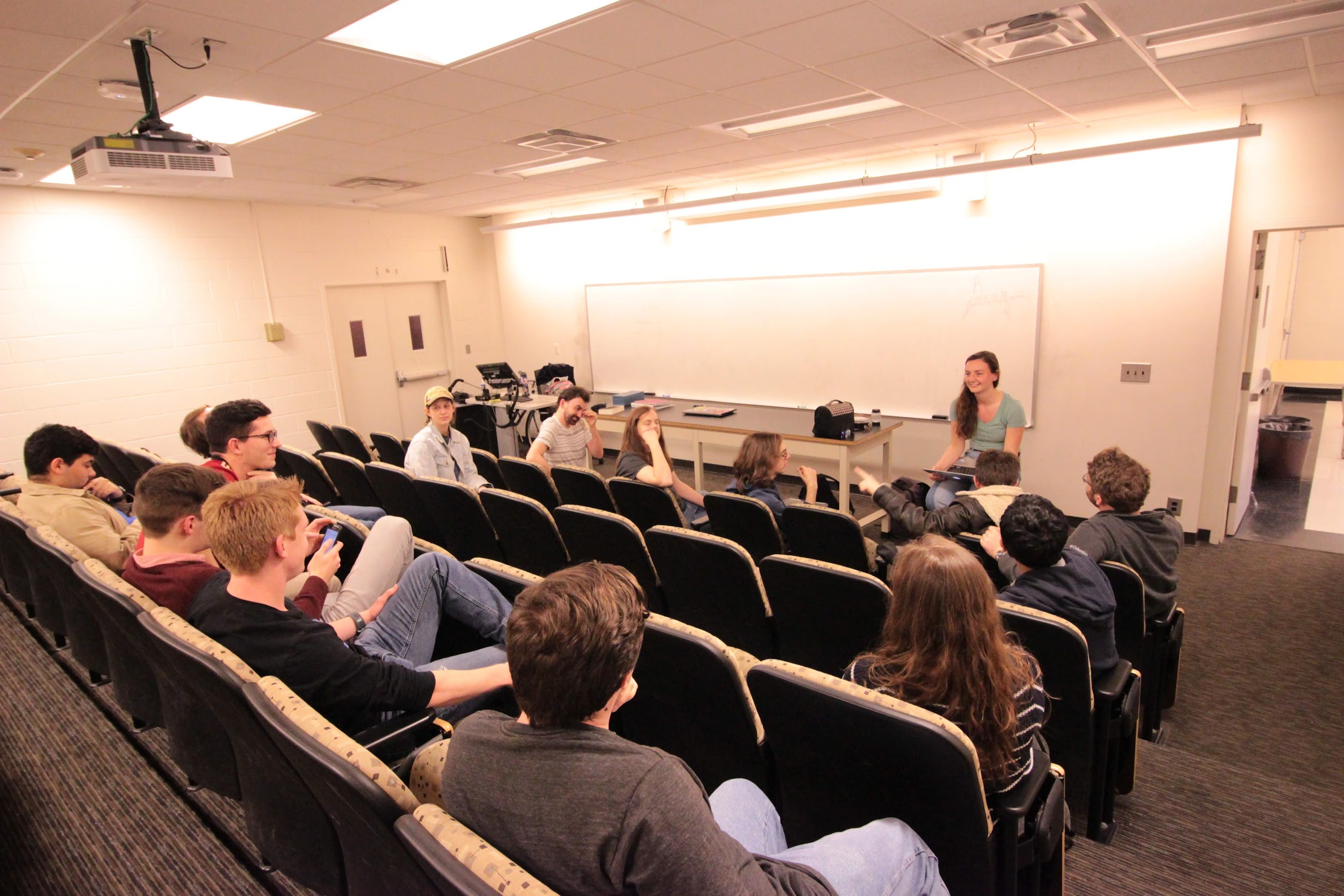 At this meeting, SPS member and Historian, Robin Glefke, suggested we play a game called quantum werewolf! This game is like mafia or werewolf (whichever name you are more familiar with) except your role in the game is in a quantum superposition of all roles in the game. As soon as a player ‘dies,’ their role is determined and can in turn affect other players status! Overall it was incredibly confusing and complicated, but a load of fun. The command line executable we used to play the game can be found here: http://my.fit.edu/~wellsm2011/qwolf/” rel=”noreferrer nofollow”>my.fit.edu/~wellsm2011/qwolf/